Norah and I have been working on establishing a vocabulary that we could use to better discuss some of the choreographic tendencies that Bebe employs in her work.  We started from the vocabulary we gleaned from our conversations with Bebe about the work and our residency with the company.  To test some of this vocabulary development we invited Bebe to direct OSU dance student Erik Speth during a motion capture session.  When directing Erik, we asked Bebe to work within the specific subset of her ideas that we had summarized.  Bebe and Erik worked with some phrase material that they had already been rehearsing for a Spring performance as well as some improv that was shaped by Bebe’s descriptive direction.

Aside from the motion capture data that we are currently analyzing, we transcribed Bebe’s verbal direction as a script and then ran that script through Jonathan Feinberg’s online word cloud generator, Wordle.  The wordle algorithm represents the most frequently used words by increasing their size. 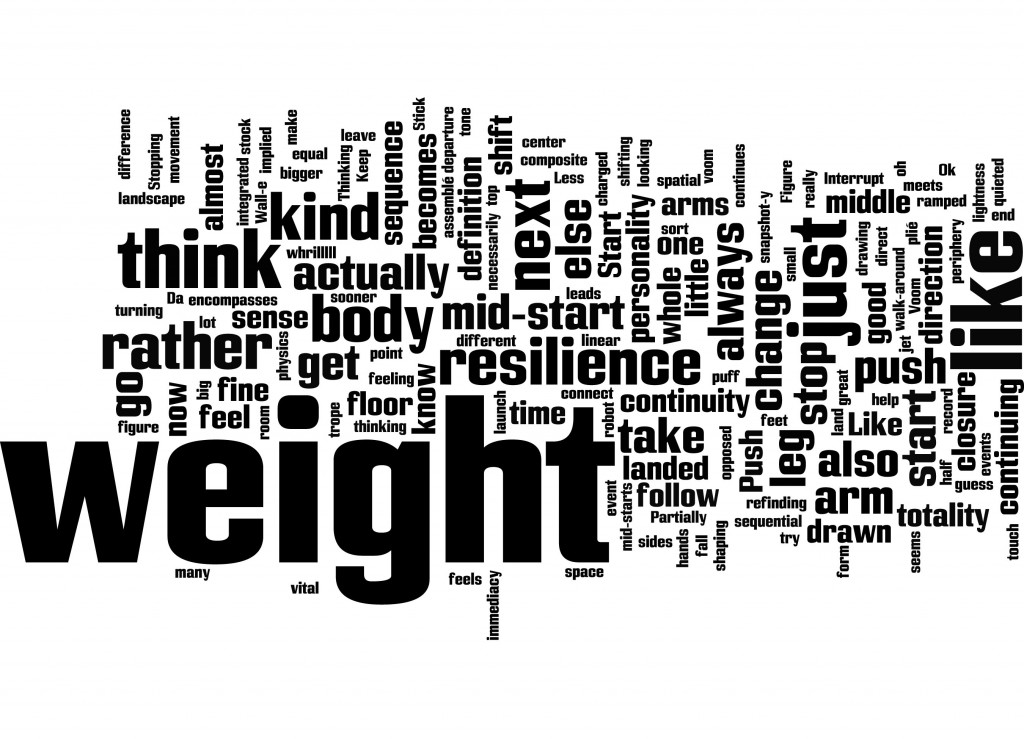 The resultant wordle for this script is clearly focused on effort and weight qualities which are also the subject of our current work with Laban Movement Analyst Melanie Bales.