We have done several optical motion captures with Angie and Darrell.  In our January motion capture session, they were both asked to start with some improvisation as Bebe directed them towards her choreographic interests. This was a session intended to capture some of Bebe’s choreographic tendencies as a numeric representation. 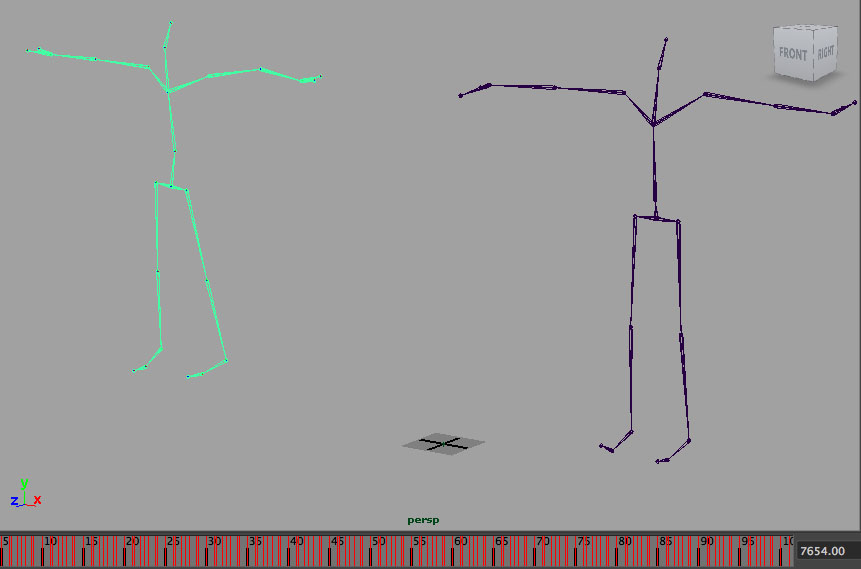 3D animation interface with the skeletons of Angie and Darrell, note the many key frames (red vertical lines) that represent the data stored at 30 frames per second.

As we have found in the past,  the visual reduction aspect of motion capture, in which only the motion capture “skeleton” represents the body,  is most helpful when reading complex motion.  Analysis of the numbers, values and their relationships will take us longer.  We are currently pouring through this data, which contains many frames and layers of information on joint angles, timing and spacing.

What is optical motion capture? – Our optical system uses a series of high-resolution cameras with special strobe lights mounted in a circle around the area to be “captured.” Small spheres (markers) covered with a reflective tape are placed in strategic locations on the person. The motion capture software locates the markers through the cameras and records their location as 3D coordinates (xyz). The collected marker data over time creates motion data.

The graph shows the very dense data for Angie’s joint over time from the entire sequence of movement.

In our January residency we also worked with Dr. Alison Sheets, an Ohio State mechanical engineering professor. Dr. Sheets had been developing a markerless motion capture system with colleagues at Stanford and with her arrival at Ohio State, had continued to develop the system in her lab.  Markerless motion capture offers an advantage over an optical system, as it does not require dancers to wear special suits or markers for the capture.

What is markerless motion capture? – The dancers move within a pre-calibrated space and their movement is captured by multiple video cameras.  In post-processing, the system separates the 2D silhouettes of each person, frame by frame and can present a 3D representation of the human form from each frame. 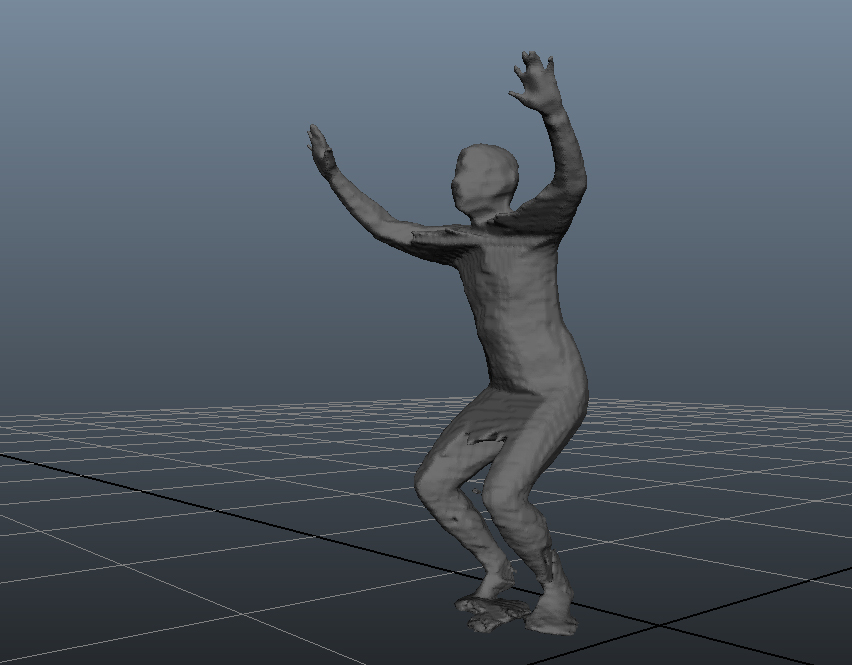 One pose from the markerless motion capture data.

Currently the length of a capture is limited in relation to the storage space in the computers used for storing the real-time video capture.  The post-processing is a long process and results are not immediately visible during a session.  In a few weeks we hope to see the results from Dr. Sheets to see what multiple viewpoints of video and 3D representations of Darrell and Angie might provide us in our analysis and making. 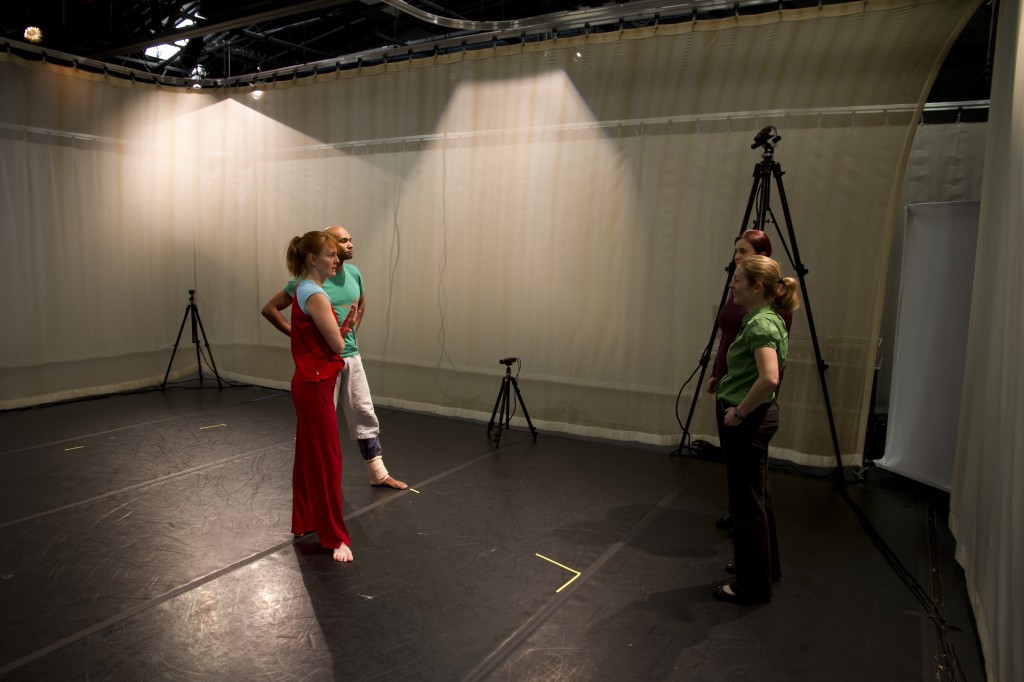